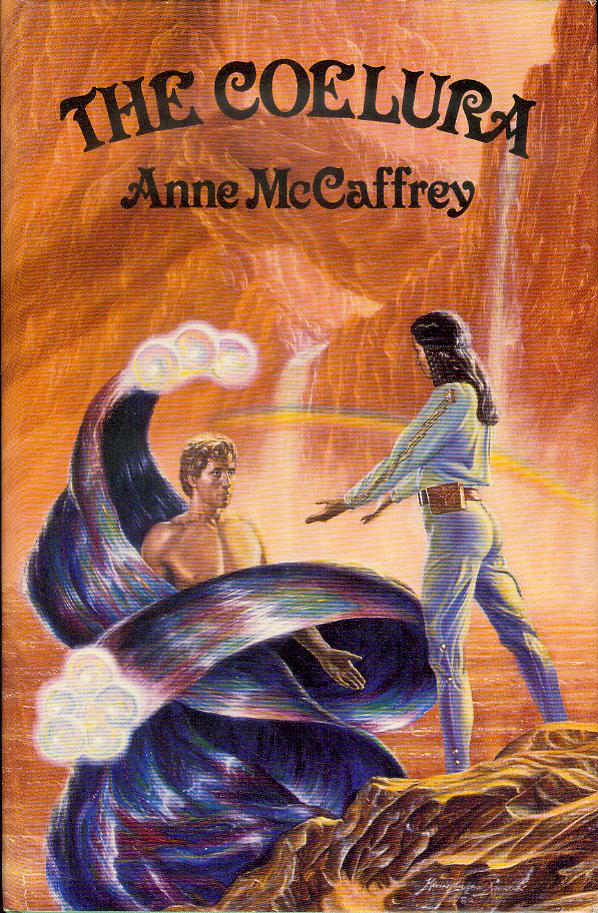 BC1 - A first edition (stated) hardcover book SIGNED and inscribed by the author to previous owner on the title page in very good condition in very good dust jacket that is mylar protected. Dust jacket has less than half inch tear on the front bottom left corner, dust jacket and book have some light discoloration and shelf wear. Illustrated by Kevin Eugene Johnson. 9.5"x6.25", 77 pages. Satisfaction Guaranteed. Anne Inez McCaffrey was an American-born writer who emigrated to Ireland and was best known for the Dragonriders of Pern science fiction series. Early in McCaffrey's 46-year career as a writer, she became the first woman to win a Hugo Award for fiction and the first to win a Nebula Award. Her 1978 novel The White Dragon became one of the first science-fiction books to appear on the New York Times Best Seller list. In 2005 the Science Fiction and Fantasy Writers of America named McCaffrey its 22nd Grand Master, an annual award to living writers of fantasy and science fiction. She was inducted by the Science Fiction Hall of Fame on 17 June 2006. She also received the Robert A. Heinlein Award for her work in 2007.