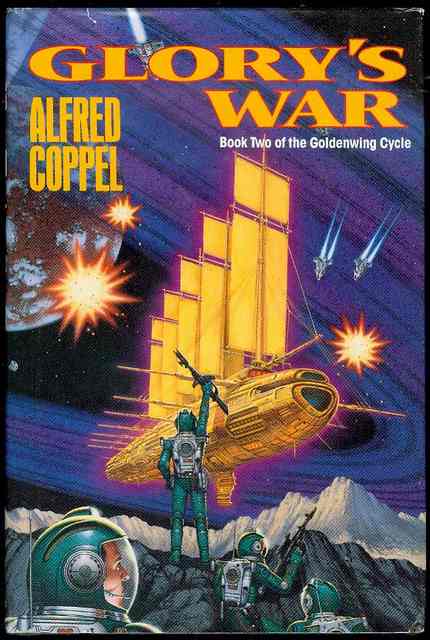 BI5 - A first edition (stated with complete numberline) hardcover book SIGNED by author on a bookplate adhered on the title page in very good condition in very good dust jacket that is mylar protected. Dust jacket has wrinkling, chipping, crease, and some tears and open tears on the edges and corners, dust jacket and book have some bumped corners, light discoloration and shelf wear. Glory's War (Goldenwing Cycle, Book 2). 8.5"x5.75", 288 pages. Satisfaction Guaranteed. Alfred Coppel (Alfredo Jose de Arana-Marini Coppel) was an American author. Born in Oakland, California, he served as a fighter pilot in the United States Army Air Forces during World War II. After his discharge, he started his career as a writer. He became one of the most prolific pulp authors of the 1950s and 1960s, adopting the pseudonyms Robert Cham Gilman and A.C. Marin and writing for a variety of pulp magazines and later "slick" publishers. Though writing in a variety of genres, including action thrillers, he is known for his science fiction stories which comprise both short stories and novels. Coppel's first science fiction story was "Age of Unreason" (1947) in Amazing Stories. Other short stories include "The Dreamer" (1952) about a man called Denby, who wants to be the first to orbit the moon, published in The Magazine of Fantasy and Science Fiction and reprinted in the anthology Best Short Shorts, (1958) edited by Eric Berger. His 1960 post-holocaust novel Dark December describes the aftermath of nuclear war. As Robert Cham Gilman, he wrote the Rhada sequence of science fiction novels aimed at the young adult market. These space operas set within a galactic empire comprise: The Rebel of Rhada (1968), The Navigator of Rhada (1969), The Starkahn of Rhada (1970) and a prequel called The Warlock of Rhada (1985). The Rebel of Rhada is an expansion, with many changes including a significantly different ending, of "The Rebel of Valkyr," published in 1950 under his own name and included in Brian Aldiss's collection Galactic Empires. The Burning Mountain: A Novel of the Invasion of Japan, (1983), is an alternate history depicting what could have happened if the United States and its allies had been forced to invade Japan in 1946, had the Trinity test of the Fat Man nuclear design tested on July 16, 1945, failed. This is based on the Operation Coronet and Operation Olympic United States battle plans for the invasion of Japan, which were rendered moot by Japan's surrender after the atomic bombings of Hiroshima and Nagasaki. In 1974, he had a bestseller with the suspense thriller Thirty-Four East about the Arab-Israeli conflict. Another political thriller was The Apocalypse Brigade, 1981, about the United States at war with global terrorism. 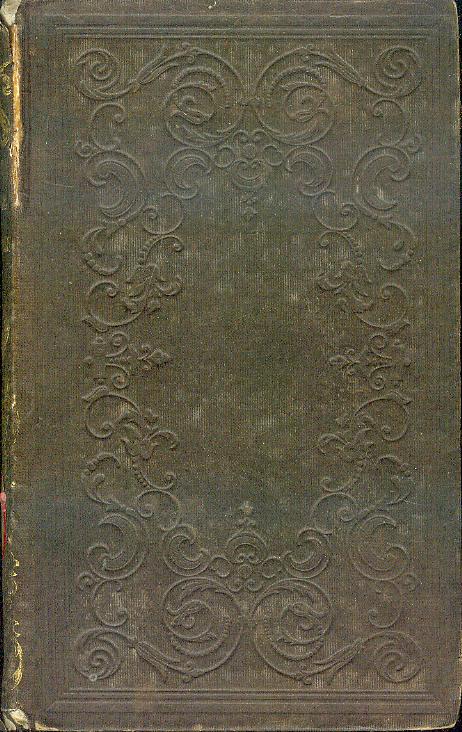 Show Me a Land