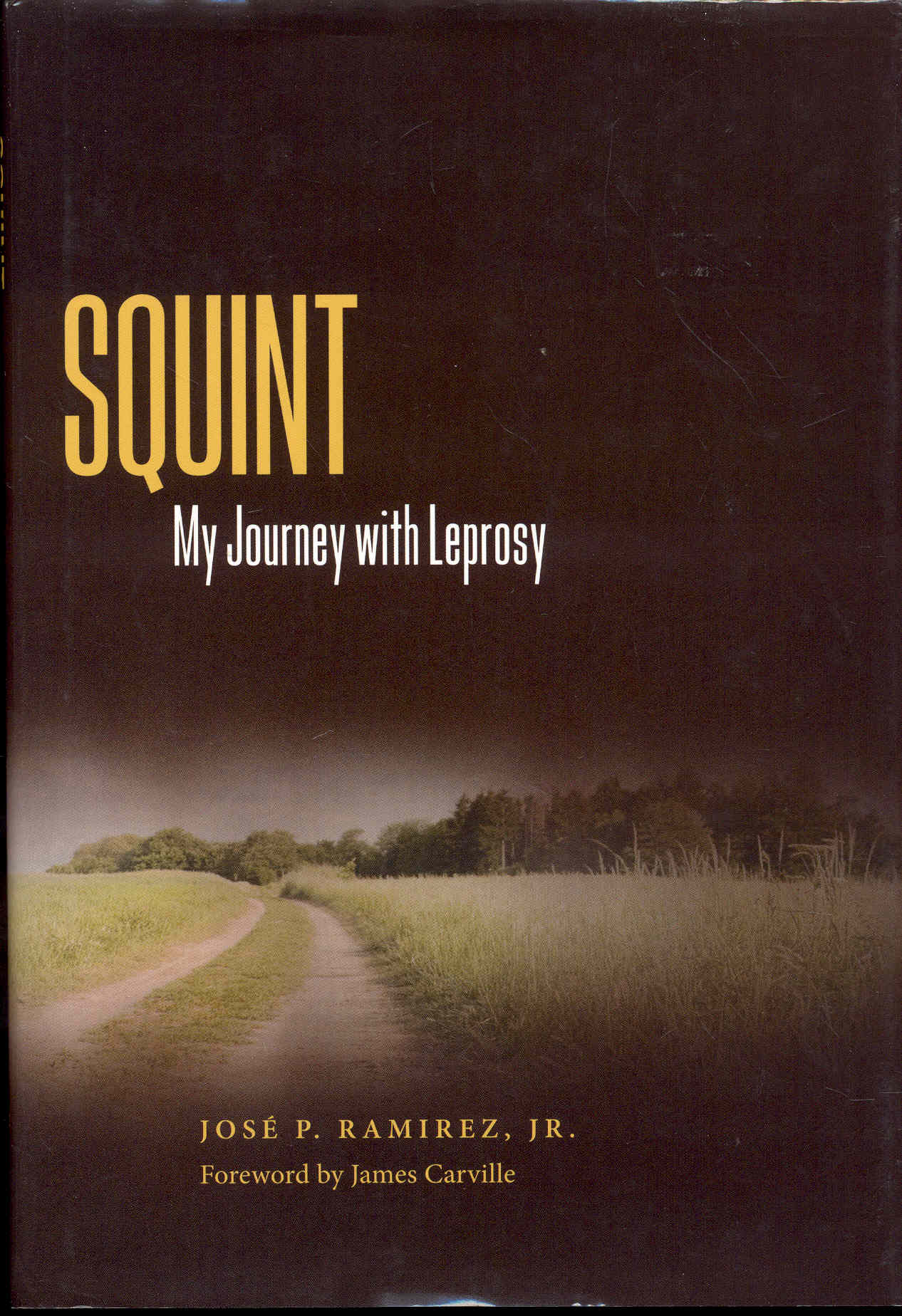 Squint: My Journey with Leprosy

BW1 - A first printing hardcover book SIGNED and inscribed by author to previous owner on the title page in very good condition in very good dust jacket that is mylar protected. Dust jacket has some scattered wrinkling, crease, and scratches, dust jacket and book have some bumped corners, light tanning and shelf wear. 9.5"x6.5", 220 pages. Satisfaction Guaranteed. Lying in a hospital bed, José P. Ramirez, Jr. (b. 1948) almost lost everything because of a misunderstood disease. When the health department doctor gave him the Handbook for Persons with Leprosy, Ramirez learned his fate. Such a diagnosis in 1968 meant exile and hospitalization in the only leprosarium in the continental United States - Carville, Louisiana, 750 miles from his home in Laredo, Texas. In Squint: My Journey with Leprosy, Ramirez recalls being taken from his family in a hearse and thrown into a world filled with fear. He and his loved ones struggled against the stigma associated with the term "leper" and against beliefs that the disease was a punishment from God, that his illness was highly communicable, and that persons with Hansen's disease had to be banished from their communities. His disease not only meant separation from the girlfriend who would later become his wife, but also a derailment of all life's goals. In his struggle Ramirez overcame barriers both real and imagined and eventually became an international advocate on behalf of persons with disabilities. In Squint, titled for the sliver of a window through which persons with leprosy in medieval times were allowed to view Mass but not participate, Ramirez tells a story of love and perseverance over incredible odds.

Title: Squint: My Journey with Leprosy

Squint: My Journey with Leprosy