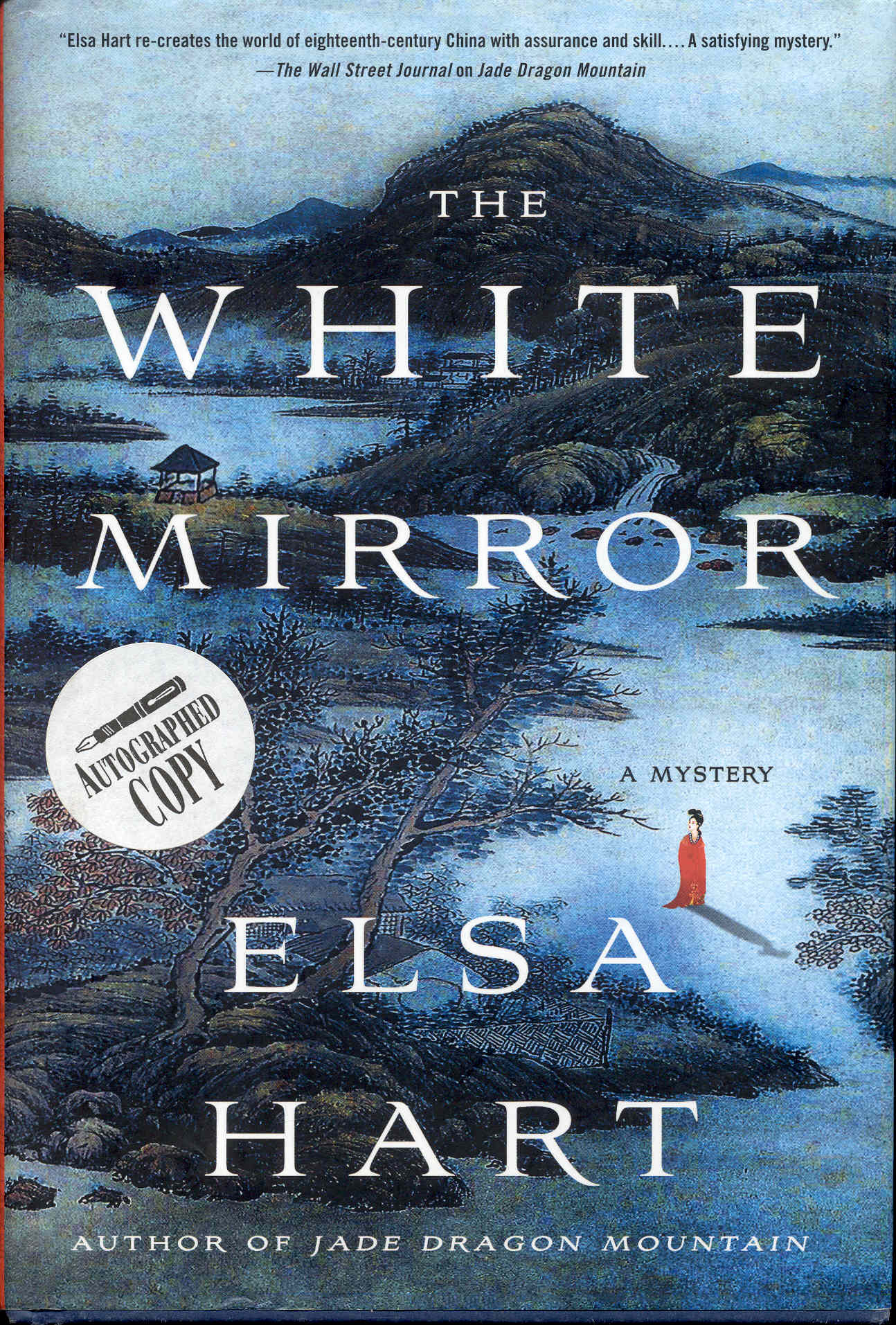 BH3 - A first edition (stated with complete numberline) hardcover book SIGNED by author on the title page in good condition in very good dust jacket that is mylar protected. Dust jacket has label on the front, some wrinkling, chipping and crease on the edges and corners, light discoloration and shelf wear. Book has some bumped corners and dog-eared pages, scattered pencil underlining and marking, penciled notes written on the back fixed endpaper, tanning and light shelf wear. 9.5"x6.5", 310 pages. Satisfaction Guaranteed. Li Du, an imperial librarian and former exile in 18th century China, is now an independent traveler. He is journeying with a trade caravan bound for Lhasa when a detour brings them to a valley hidden between mountain passes. On the icy planks of a wooden bridge, a monk sits in contemplation. Closer inspection reveals that the monk is dead, apparently of a self-inflicted wound. His robes are rent, revealing a strange symbol painted on his chest. When the rain turns to snow, the caravan is forced to seek hospitality from the local lord while they wait for the storm to pass. The dead monk, Li Du soon learns, was a reclusive painter. According to the family, his bizarre suicide is not surprising, given his obsession with the demon world. But Li Du is convinced that all is not as it seems. Why did the caravan leader detour to this particular valley? Why does the lord's skittish heir sleep in the barn like a servant? And who is the mysterious woman traveling through the mountain wilds? These are dangerous times and dangerous roads. Political tension is escalating among the emperor of China, the king of Tibet in Lhasa, and the Mongols in the north. Bandits roam the trade routes. Trapped in the snow, surrounded by secrets and an unexplained grief that haunts the manor, Li Du cannot distract himself from memories he has tried to leave behind. As he discovers irrefutable evidence of the painter's murder and pieces together the dark circumstances of his death, Li Du must face the reason he will not go home and, ultimately, the reason why he must.