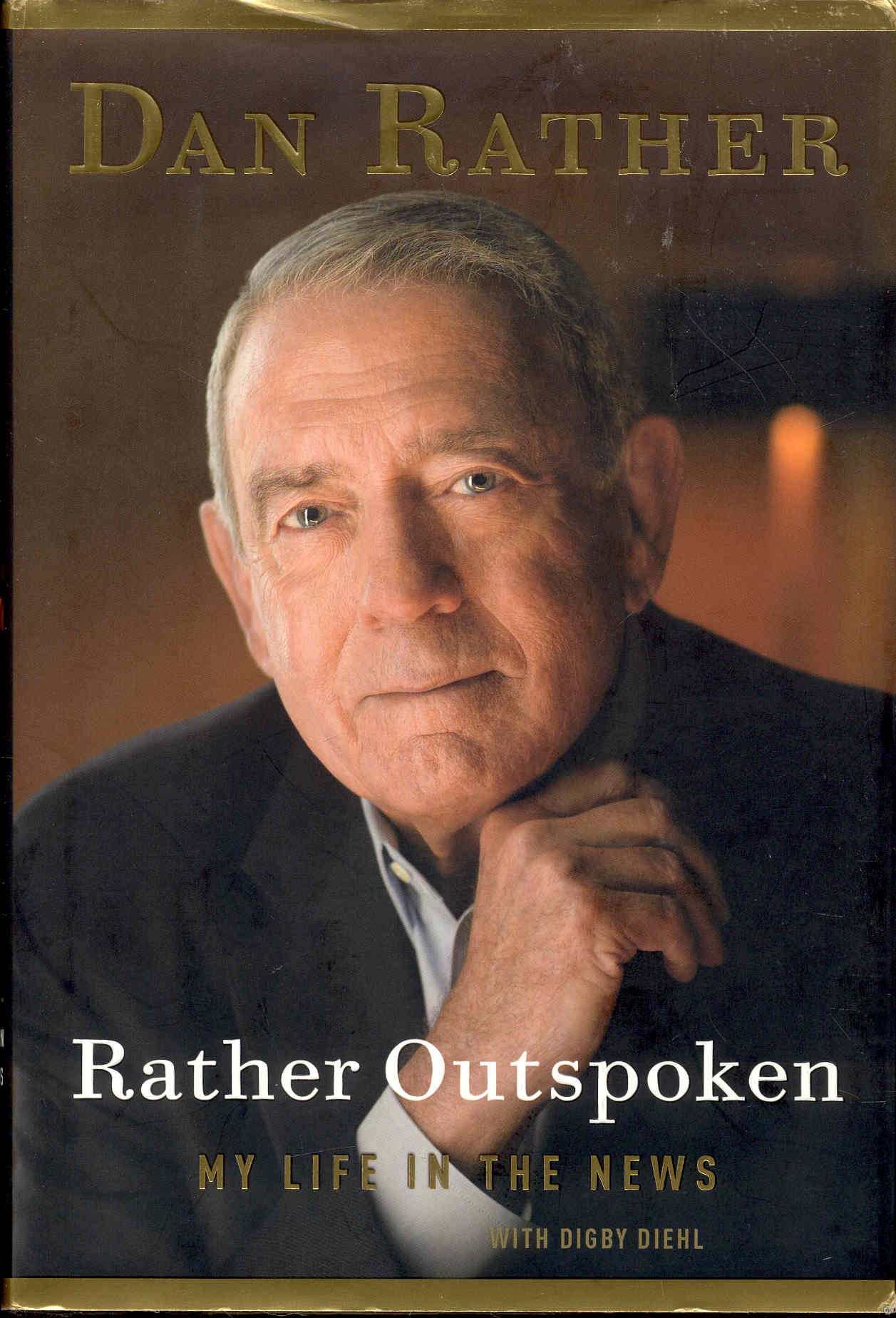 Rather Outspoken: My Life in the News

BH3 - A first edition (stated with complete numberline) hardcover book SIGNED and inscribed by Dan Rather to previous owner on the front free endpaper in very good condition in very good dust jacket that is mylar protected. Dust jacket has some wrinkling, crease and few small tear on the edges and corners, dust jacket and book have some bumped corners, light discoloration and shelf wear. With Digby Diehl. Throughout his career, Dan has been dedicated to the two bedrock principles of journalism: first, find out the truth; and then, tell people about it. In Rather Outspoken, he follows those principles and opens up as never before. It all makes for a compelling, eye-opening read. 9.5"x6.5", 309 pages. Satisfaction Guaranteed. Dan Irvin Rather Jr. is an American journalist. Rather began his career in Texas and was on the scene of the Kennedy assassination in Dallas in 1963. His reporting elevated his position in CBS News, where he was White House correspondent beginning in 1964. He served as foreign correspondent in London and Vietnam over the next two years before returning to the White House correspondent position, covering the presidency of Richard Nixon, including his trip to China, Watergate scandal and resignation. When Walter Cronkite retired in 1981, Rather was promoted to news anchor for the CBS Evening News, a role he occupied for 24 years. Along with Peter Jennings at ABC News and Tom Brokaw at NBC News, he was one of the "Big Three" nightly news anchors in the U.S. from the 1980s through the early 2000s. He also frequently contributed to CBS's weekly news magazine 60 Minutes. Within a year of Brokaw's retirement and Jennings's death, he left the anchor desk in 2005 following a controversy in which he presented unauthenticated documents in a news report on President George W. Bush's Vietnam War-era service in the National Guard. He continued to work with CBS until 2006. On the cable channel AXS TV (then called HDNet), Rather hosted Dan Rather Reports, a 60 Minutes-style investigative news program, from 2006 to 2013. He also hosts several other projects for AXS TV, including Dan Rather Presents, which does in-depth reporting on broad topics such as mental health care or adoption, and The Big Interview with Dan Rather, where he conducts long-form interviews with musicians and other entertainers. In January 2018, he began hosting an online newscast called The News with Dan Rather on The Young Turks' YouTube channel.

Title: Rather Outspoken: My Life in the News

Rather Outspoken: My Life in the News