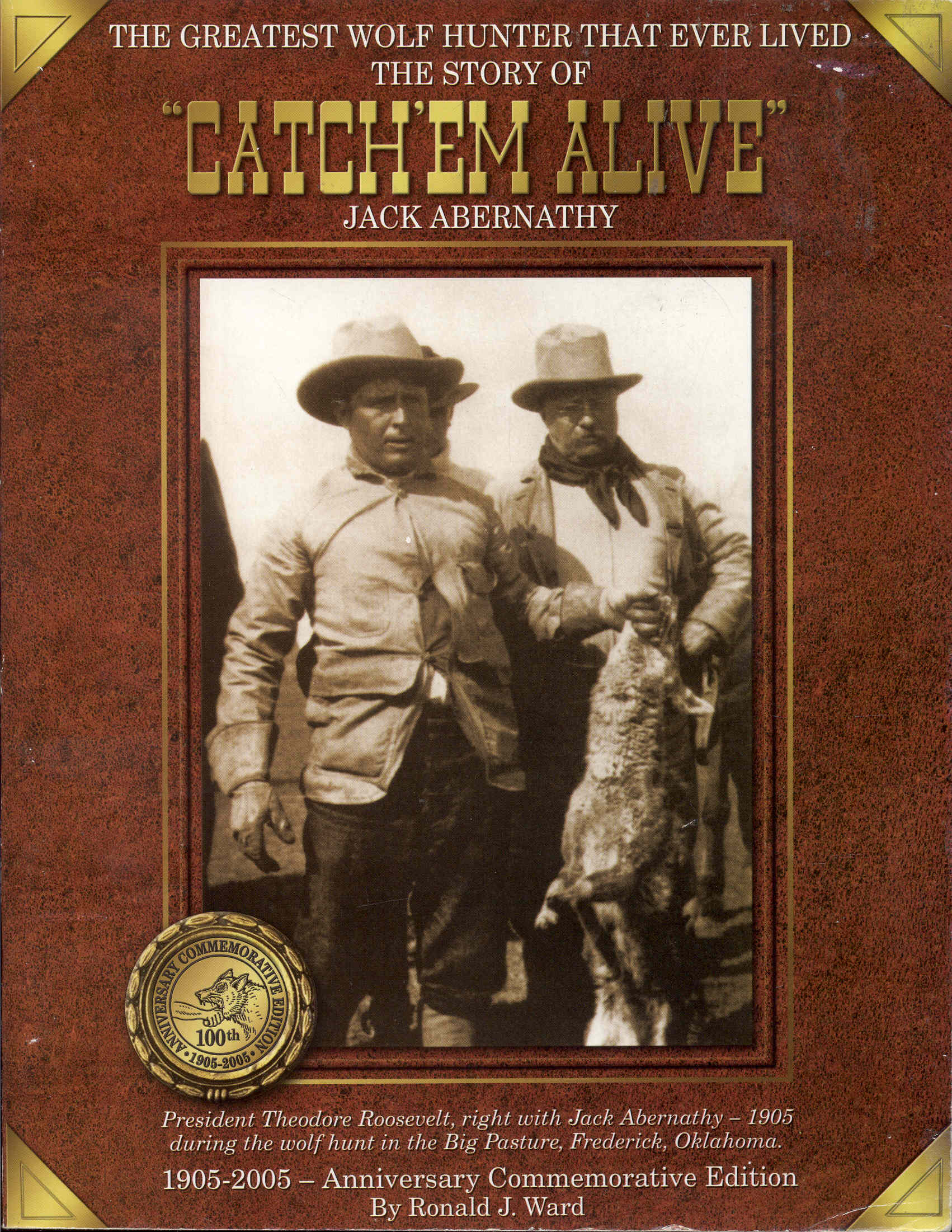 Catch'Em Alive: The Greatest Wolf Hunter That Ever Lived The Story of Jack Abernathy

B1 - A paperback book SIGNED by author on the title page in very good condition that has some bumped corners, wrinkling, chipping and crase, peeling of the clear plastic film on some cover edges, sides and corners, some light stains on the page edges, previous owner's info stamped on the opposite side of the back, light discoloration and shelf wear. 1905-2005 - Anniversary Commemorative Edition. Edited by Carol Whipple. 11"x8.5", 251 pages. Satisfaction Guaranteed. John Reeves "Catch-'em-alive Jack" Abernathy was a Texas cowboy and the youngest U.S. Marshal in history. He was appointed by Theodore Roosevelt. He was born in 1876 in Bosque County, Texas. In 1882 his family moved to Nolan County, Texas and entered the cattle business. In 1887 at age 11 he worked as a cowboy for the A-K-X Ranch and helped drive a large herd of cattle 500 miles to market at Englewood, Kansas. His children included Louis Abernathy and Temple Abernathy, who rode their horses from Oklahoma to New York City to visit their father and meet Theodore Roosevelt. His last born child was Jesse Pearl Abernathy. Her name was changed to Jesse Pearl after her mother died soon after giving birth. Jesse wrote books and moved to California and was a realtor. In 1910 he was a United States Marshal for Oklahoma. He died in 1941 in Long Beach, California and was buried in Wichita Falls, Texas.

Title: Catch'Em Alive: The Greatest Wolf Hunter That Ever Lived The Story of Jack Abernathy

Catch'Em Alive: The Greatest Wolf Hunter That Ever Lived The Story of Jack Abernathy