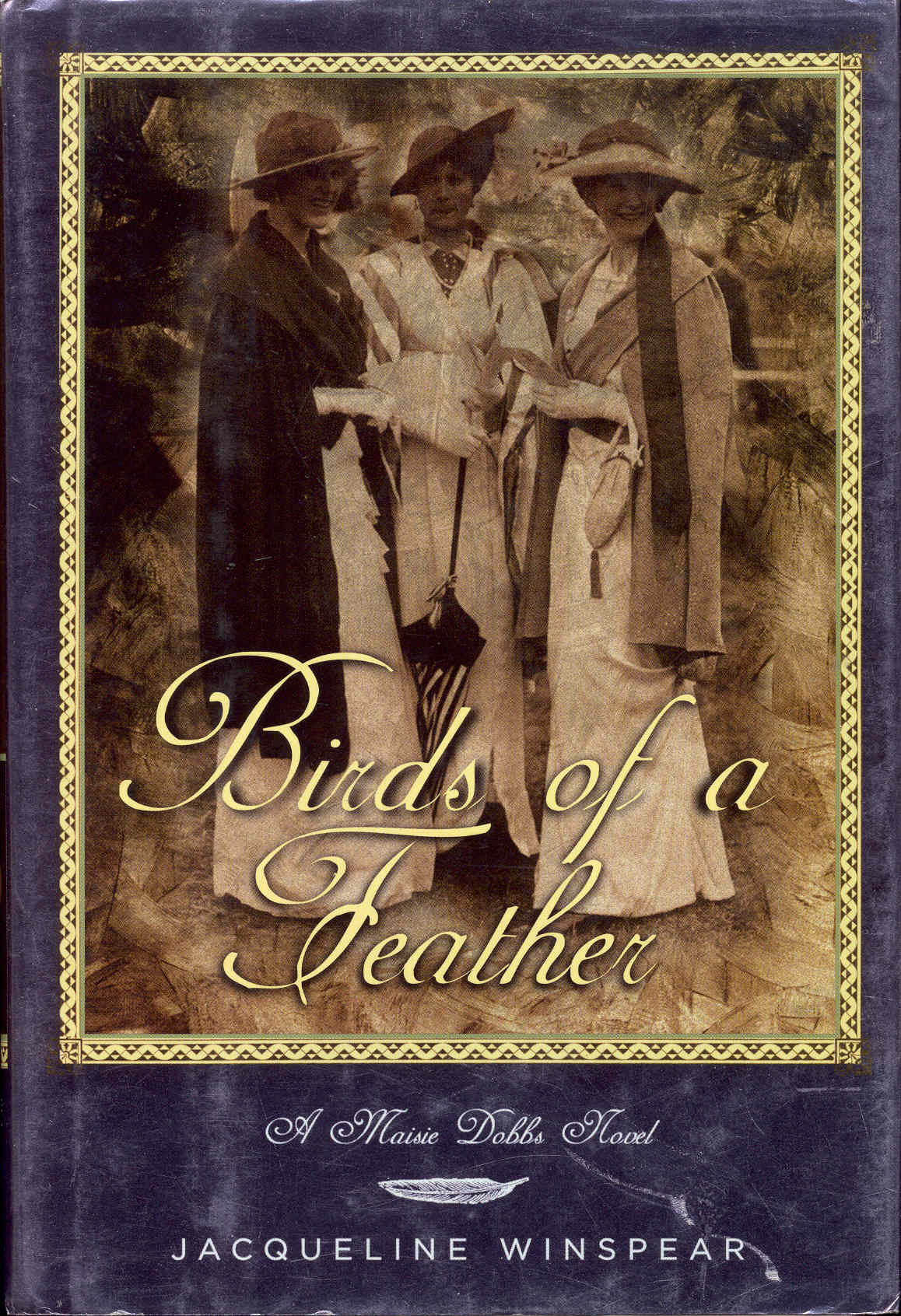 Birds Of A Feather

BY6 - A first edition (complete numberline) hardcover book in very good condition in very good dust jacket that is mylar protected. Dust jacket has some wrinkling, chipping and crease on the edges and corners, scattered scratches and rubbing, light discoloration and shelf wear. Book has some bumped corners and dent, previous owner's marked out label adhered on the front fixed endpaper, light discoloration and shelf wear. A Maisie Dobbs Novel. 8.5"x5.75', 311 pages. Satisfaction Guaranteed. An eventful year has passed for Maisie Dobbs. Since starting a one-woman private investigation agency in 1929 London, she now has a professional office in Fitzroy Square and an assistant, the happy-go-lucky Billy Beale. She has proven herself as a psychologist and investigator, and has even won over Detective Inspector Stratton of Scotland Yard's Murder Squad - an admirable achievement for a woman who worked her way from servant to scholar to sleuth, and who also served as battlefield nurse in The Great War. It's now early Spring of 1930, Stratton is investigating a murder case in Coulsden, while Maisie has been summoned to Dulwich to find a runaway heiress. The woman is the daughter of Joseph Waite, a wealthy self-made man who has lavished her with privilege but kept her in a gilded cage. His domineering ways have driven her off before, and now she's bolted again. Waite's instructions are to find his daughter and bring her home. When Maisie looks into the disappearance she finds a chilling link to Stratton's murder case, and to the terrible legacy of The Great War.

Title: Birds Of A Feather

Birds Of A Feather