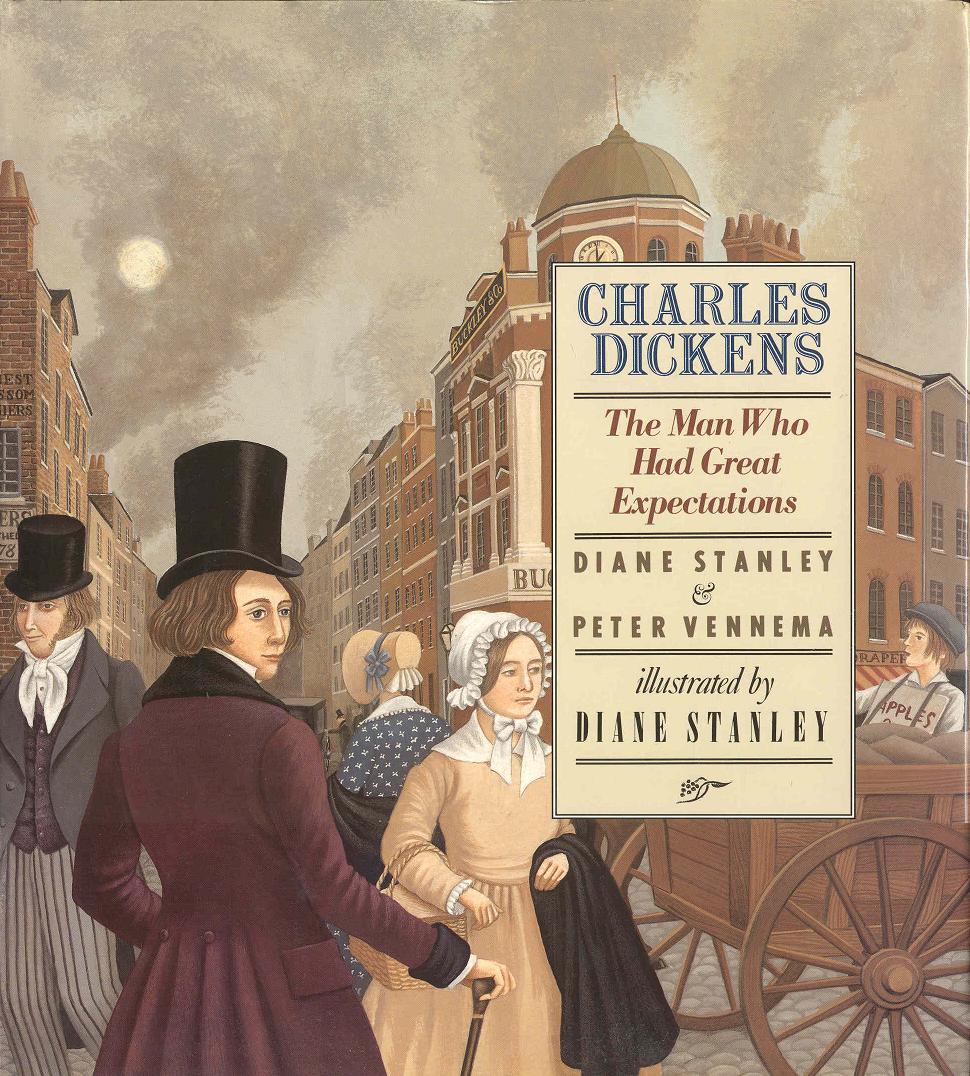 Charles Dickens: The Man Who Had Great Expectations

By: Diane Stanley and Peter Vennema

CD2 - A first edition (complete numberline) hardcover book SIGNED and inscribed by Diane Stanley to previous owner on the title page in very good condition in very good dust jacket that is mylar protected. Dust jacket has some wrinkling, chipping, and crease on the edges and corners, dust jacket and book have some bumped corners, light tanning and shelf wear. Illustrated by Diane Stanley. 11"x9.75". Satisfaction Guaranteed. Charles Dickens is one of the world's greatest and best loved writers. To read Great Expectations, A Christmas Carol, or Nicholas Nickleby is to be drawn into a society that still seems fresh and real today: nineteenth-century London with its extraordinary extremes of wealth, progress, poverty, and despair. Dickens captures it all in plots that are by turns wildly comical, wonderfully melodramatic, and tragic to the point of tears. In his writing and later, in his dramatic readings, Charles Dickens was a master showman, mesmerizing the whole world. His novels are stuffed to bursting with unforgettable characters like Mr. Micawber, Ebineezer Scrooge, and Little Nell. Most affecting are his portraits of children abused and abandoned by the Industrial Age. David Copperfield, Oliver Twist, and Tiny Tim are mirrors that reflect the twisted values of their time. The twists of Dickens's own life encompassed childhood suffering as well as international acclaim. When he was twelve, his father was consigned to debtors' prison and Charles to working in a blacking factory. Not twelve years later The Pickwick Papers would propel him toward literary stardom. In their lovingly researched, incisively written biography, illustrated with a lushness and attention to period detail of which Dickens would have approved, Diane Stanley and Peter Vennema illuminate his inspirations, his impact on nations of readers, and his gleaming genius that has only brightened with time.

Title: Charles Dickens: The Man Who Had Great Expectations

Charles Dickens: The Man Who Had Great Expectations