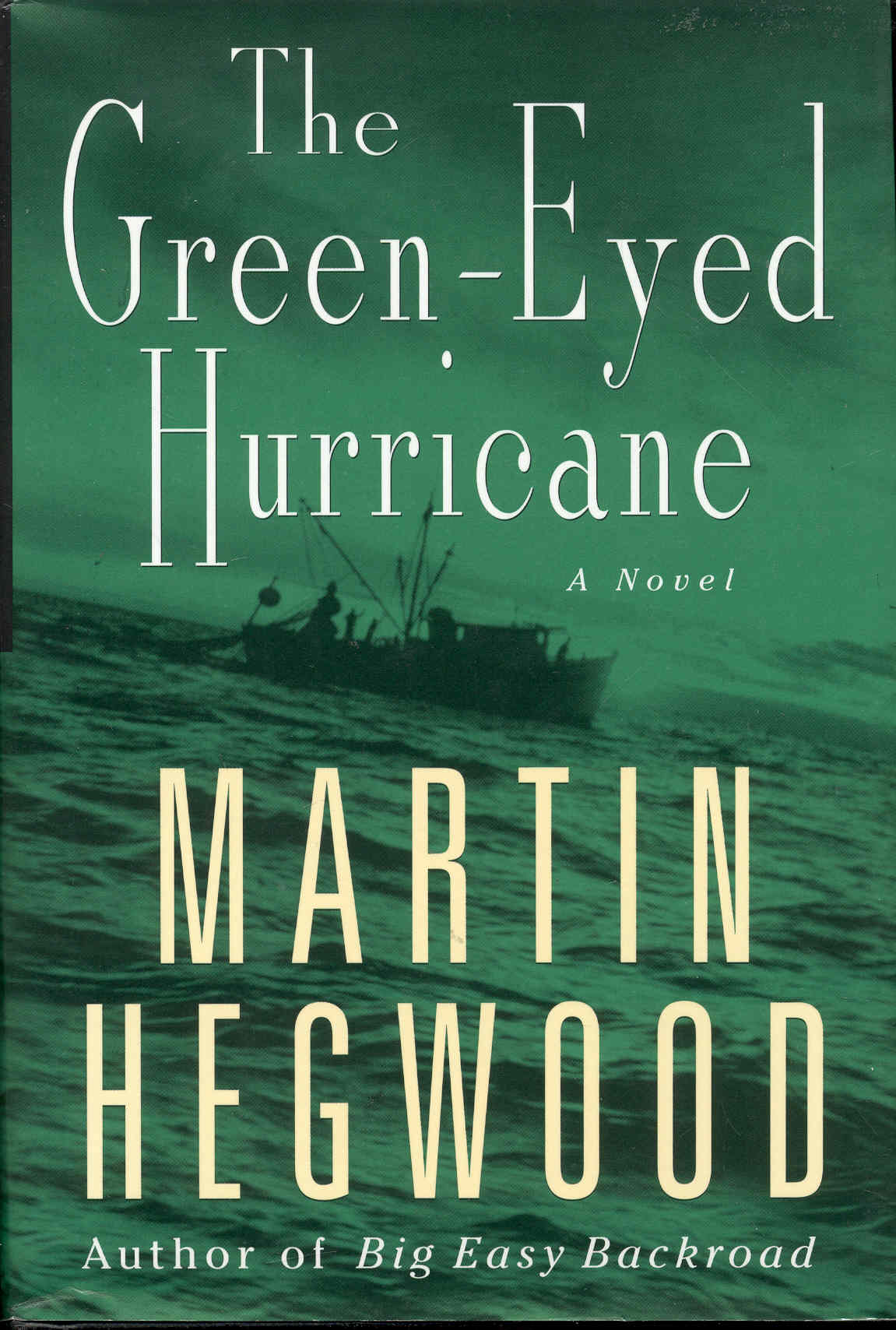 BZ1 - A first edition (stated with complete numberline) hardcover book SIGNED and inscribed by author to previous owner on the half-title page in very good condition in very good dust jacket that is mylar protected. Dust jacket has some wrinkling, chipping and crease on the edges and corners, crease on the front flap, dust jacket and book have some bumped corners, light discolroation and shelf wear. 8.5"x6", 272 pages. Satisfaction Guaranteed. In the sultry southern style of James Lee Burke and the hip P.I. voice of Dennis LeHane comes a major new figure on the mystery scene, Martin Hegwood. His first novel, BIG EASY BACKROAD introduced PI Jack Delmas and was a big southern hit. Critics and fans alike fell for his atmospherically dead on, visual writing and his ultra compelling protagonist. Like all Bayou bred men, Jack enjoys a cold bottle of Dixie beer, and a little bit of danger. This time out, Jack finds himself caught in the midst of a deadly struggle for control of Biloxi's waterfront. Casper Perinovich has shrimped the waters off Point Cadet and Biloxi for longer than anyone can remember. Pushing 80, Casper is still one of the toughest and smartest old birds left on a waterfront increasingly being taken over by big money casinos. To Jack, Casper is like a second father. In need of a break, Jack heads out fishing with Casper, only to have disaster strike. Casper, a lifelong Point Cadet, Mississippi resident and vocal oppoent to the casino development encroaching on this Gulf Coast town, gets home, flips on his light switch, and his house explodes around him. The value of Casper's land, it seems, may have been worth killing over. And as good a man as Casper was, he's got a long list of enemies. Everyone from a band of Vietnamese gangs, some angry local rednecks, Casper's money hungry niece, and even the mayor himself! Jack's determined to find the killer, all the while knowing that the real murderer may be staring him in the mirror all along. This is a murder story, but it's also the story of a city. Through thorough research and a lifelong love of the south, Hegwood captures modern day Biloxi. It's a Biloxi poised on the brink of moving beyond its shrimping and seafood canning days and into a world where boats that never sail house some of the country's busiest casinos just a foot away from land. Hegwood richly evokes the passing of an era, in a thrilling mystery that will keep you turning the pages long after the last boat sails.