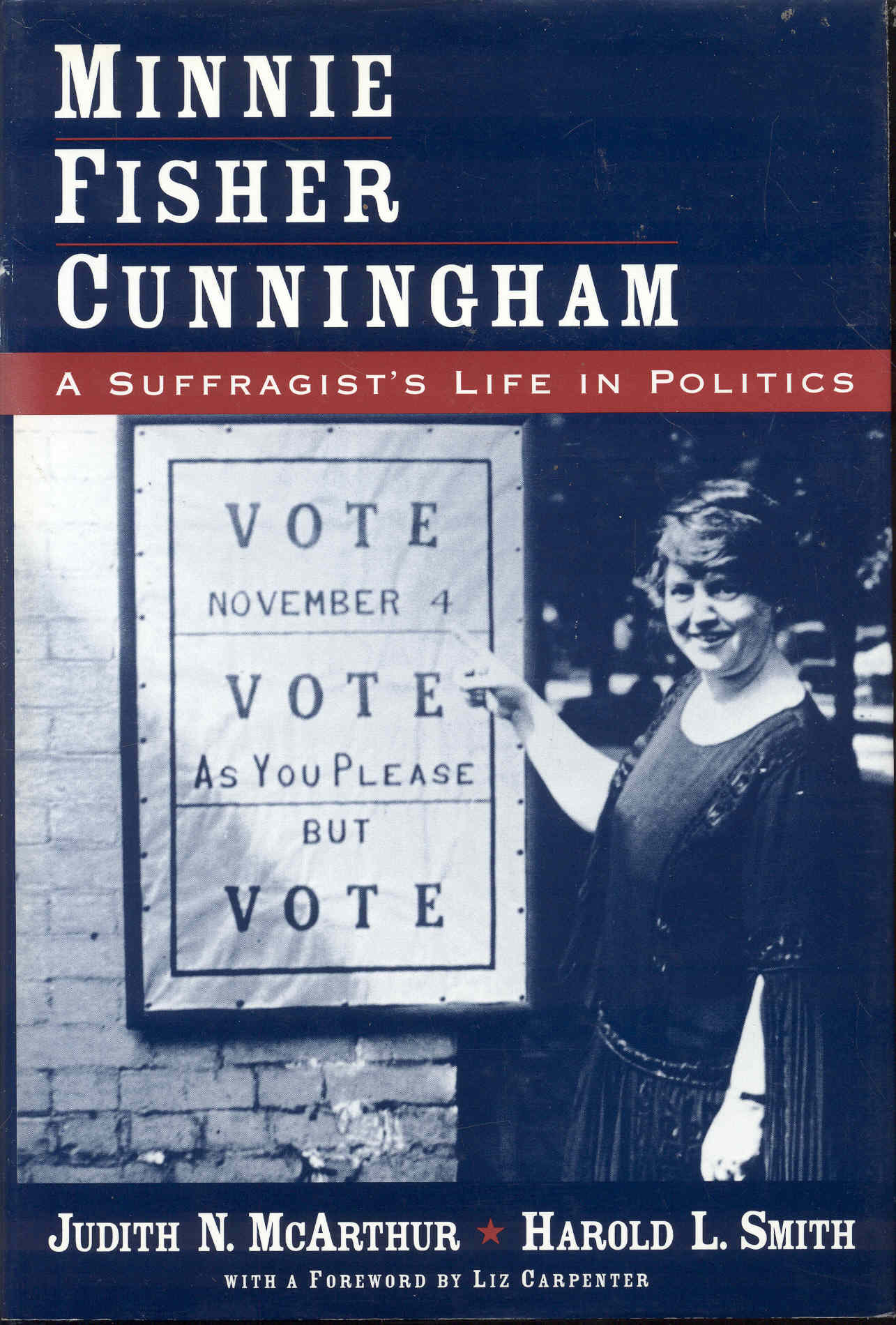 CC3 - A first edition (complete numberline) hardcover book SIGNED and inscribed by Judith N. McArthur to previous owner on the title page in very good condition in very good dust jacket that is mylar protected. Dust jacket has some wrinkling and chipping on the edges, corners and some sides, some scattered scratches and rubbing, light discoloration and shelf wear. Book has some bumped corners and cover edgewear, some light stains on the page edges, initials written on the top right corner of the front fixed endpaper, light discoloration and shelf wear. With a Foreword by Liz Carpenter. 9.5"x6.5", 266 pages. Satisfaction Guaranteed. The principal orchestrator of the passage of women's suffrage in Texas, a founder and national officer of the League of Women Voters, the first woman to run for a U.S. Senate seat from Texas, and a candidate for that state's governor, Minnie Fisher Cunningham was one of the first American women to pursue a career in party politics. Cunningham's professional life spanned a half century, thus illuminating our understanding of women in public life between the Progressive Era and the 1960s feminist movement. Cunningham entered politics through the suffrage movement and women's voluntary association work for health and sanitation in Galveston, Texas. She quickly became one of the most effective state suffrage leaders, helping to pass the bill in a region where opposition to women voters was strongest. In Washington, Cunningham was one of the core group of suffragists who lobbied the Nineteenth Amendment through Congress and then traveled the country campaigning for ratification. After women gained the right to vote across the nation, she helped found the nonpartisan National League of Women Voters and organized training schools to teach women the skills of grassroots organizing, creating publicity campaigns, and lobbying and monitoring legislative bodies. Through the League, she became acquainted with Eleanor Roosevelt, who credited one of her speeches with stimulating her own political activity. Cunningham then turned to the Democratic Party, serving as an officer of the Woman's National Democratic Club and the Women's Division of the Democratic National Committee. In 1928 Cunningham became a candidate herself, making an unsuccessful bid for the U.S. Senate. An advocate of New Deal reforms, Cunningham was part of the movement in the 1930s to transform the Democratic Party into the women's party, and in 1944 she ran for governor on a pro-New Deal platform. Cunningham's upbringing in rural Texas made her particularly aware of the political needs of farmers, women, union labor, and minorities, and she fought gender, class, and racial discrimination within a conservative power structure. In the postwar years, she was called the "very heart and soul of Texas liberalism" as she helped build an electoral coalition of women, minorities, and male reformers that could sustain liberal politics in the state and bring to office candidates including Ralph Yarborough and Bob Eckhardt. A leader and role model for the post-suffrage generation, Cunningham was not satisfied with simply achieving the vote, but agitated throughout her career to use it to better the lives of others. Her legacy has been carried on by the many women to whom she taught successful grassroots strategies for political organizing.