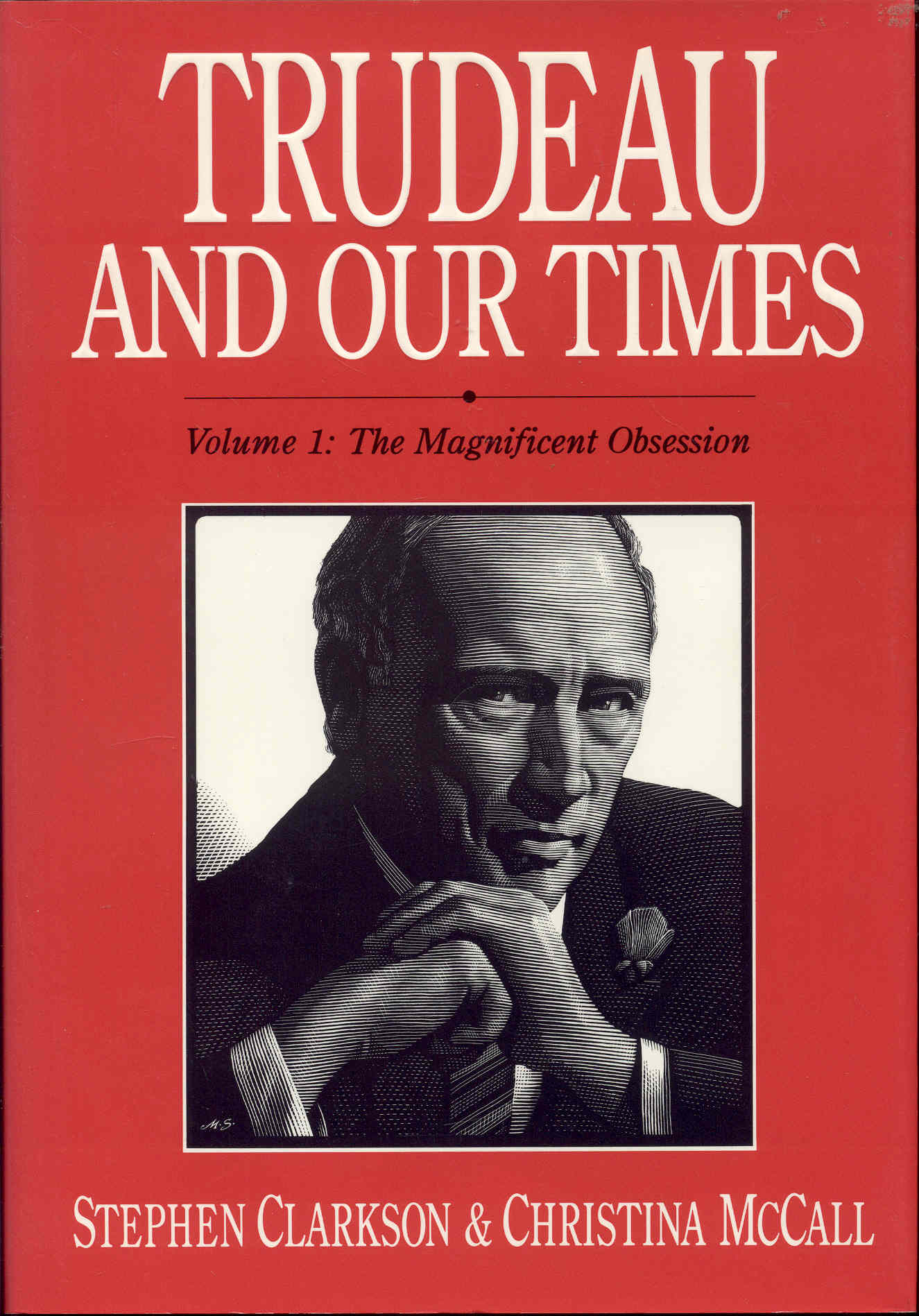 Trudeau and Our Times: Volume 1 - The Magnificent Obsession

By: Stephen Clarkson and Christina McCall

CC4 - A hardcover book SIGNED by Stephen Clarkson and Christina McCall on the title page in very good condition in very good dust jacket that is mylar protected. Dust jacket has price clipped, dust jacket and book have some bumped corners, light discoloration and shelf wear. Trudeau and Our Times: Volume 1 - The Magnificent Obsession. 9.5"x6.75", 502 pages. Satisfaction Guaranteed. Joseph Philippe Pierre Yves Elliott Trudeau, mostly referred to as simply Pierre Trudeau, or by the initials PET, was a Canadian politician who was the 15th prime minister of Canada and leader of the Liberal Party of Canada, between 1968 and 1984, with a brief period as Leader of the Opposition, from 1979 to 1980. His tenure of 15 years and 164 days makes him Canada's third longest-serving Prime Minister, behind William Lyon Mackenzie King and John A. Macdonald. Trudeau rose to prominence as a lawyer, intellectual, and activist in Québec politics. He joined the Liberal Party and was elected to the Canadian Parliament in 1965, quickly being appointed as Prime Minister Lester B. Pearson's Parliamentary Secretary. In 1967, he was appointed Minister of Justice. Trudeau's outgoing personality caused a media sensation, inspiring "Trudeaumania", and helped him to win the leadership of the Liberal Party in 1968, when he was appointed Prime Minister of Canada. From the late 1960s until the early 1980s, Trudeau's personality dominated the political scene to an extent never before seen in Canadian political life. After his appointment as Prime Minister, he won the 1968, 1972 and 1974 elections, before narrowly losing in 1979. He won a fourth election victory shortly afterwards, in 1980, and eventually retired from politics shortly before the 1984 election. Despite his personal motto, "Reason before passion", his personality and political career aroused polarizing reactions throughout Canada during his time in office. Admirers praised what they consider to be the force of Trudeau's intellect and his political acumen, maintaining national unity over the Quebec sovereignty movement, suppressing a Québec terrorist crisis, fostering a pan-Canadian identity, and in achieving sweeping institutional reform, including the implementation of official bilingualism, patriation of the Constitution, and the establishment of the Canadian Charter of Rights and Freedoms. Critics accused him of arrogance, of economic mismanagement, and of unduly centralizing Canadian decision-making to the detriment of the culture of Québec and the economy of the Prairies. His eldest son, Justin Trudeau, became the 23rd and current Prime Minister, following the 2015 election and 2019 election, and is the first prime minister of Canada to be a descendant of a former prime minister.

Title: Trudeau and Our Times: Volume 1 - The Magnificent Obsession 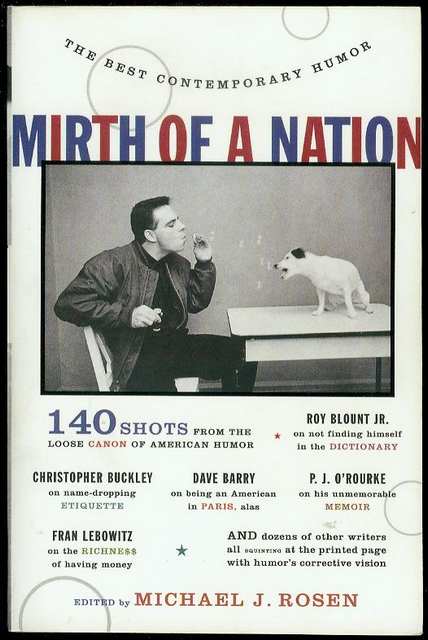 Mirth of a Nation: The Best Contemporary Humor

By: Michael J. Rosen (Edited by)

Trudeau and Our Times: Volume 1 - The Magnificent Obsession