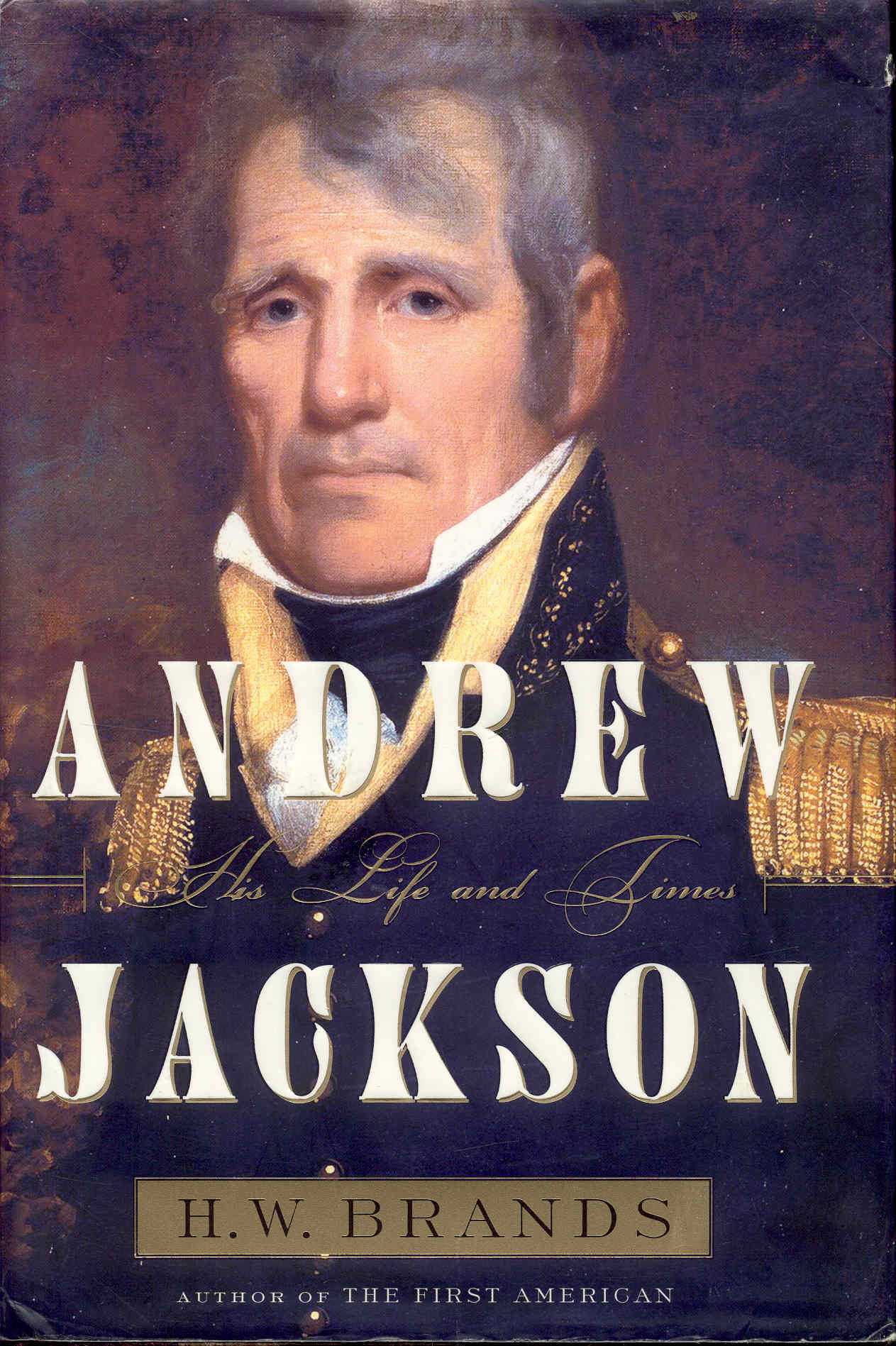 Andrew Jackson: His Life And Times

AS6 - A first edition (stated with complete numberline) hardcover book SIGNED and inscribed by author to previous owner on the title page in very good condition in good dust jacket that is mylar protected. Dust jacket has wrinkling, chipping, crease and some tears and peeling on the edges and corners, scattered scratches, rubbing, and wrinkling, light discoloration and shelf wear. Book has some bumped corners, dents and cover edgewear, a few tiny tears ont he gutter edges, some light stains on the page edges, light discoloration and shelf wear. The extraordinary story fo Andrew Jackson-the colorful, dynamic, and forceful president who ushered in the Age of Democracy and set a still young America on its path to greatness-told by the bestselling author of The First American. 9.5"x6.5", 620 pages. Satisfaction Guaranteed. The most famous American of his time, Andrew Jackson is a seminal figure in American history. The first "common man" to rise to the presidency, Jackson embodied the spirit and the vision of the emerging American nation; the term "Jacksonian democracy" is embedded in our national lexicon. With the sweep, passion, and attention to detail that made The First American a Pulitzer Prize finalist and a national bestseller, historian H.W. Brands shapes a historical narrative that's as fast-paced and compelling as the best fiction. He follows Andrew Jackson from his days as rebellious youth, risking execution to free the Carolinas of the British during the Revolutionary War, to his years as a young lawyer and congressman from the newly settled frontier state of Tennessee. As general of the Tennessee militia, he put down a massive Indian uprising in the South, securing the safety of American settlers, and his famous rout of the British at the Battle of New Orleans during the War of 1812 made him a national hero. But it is Jackson's contributions as president, however, that won him a place in the pantheon of America's greatest leaders. A man of the people, without formal education or the family lineage of the Founding Fathers, he sought as president to make the country a genuine democracy, governed by and for the people. Jackson, although respectful of states' rights, devoted himself to the preservation of the Union, whose future in that age was still very much in question. When South Carolina, his home state, threatened to secede over the issue of slavery, Jackson promised to march down with 100,000 federal soldiers should it dare. In the bestselling tradition of Founding Brothers and His Excellency by Joseph Ellis and of John Adams by David McCullough, Andrew Jackson is the first single-volume, full-length biography of Jackson in decades. This magisterial portrait of one of our greatest leaders promises to reshape our understanding of both the man and his era and is sure to be greeted with enthusiasm and acclaim.

Andrew Jackson: His Life And Times