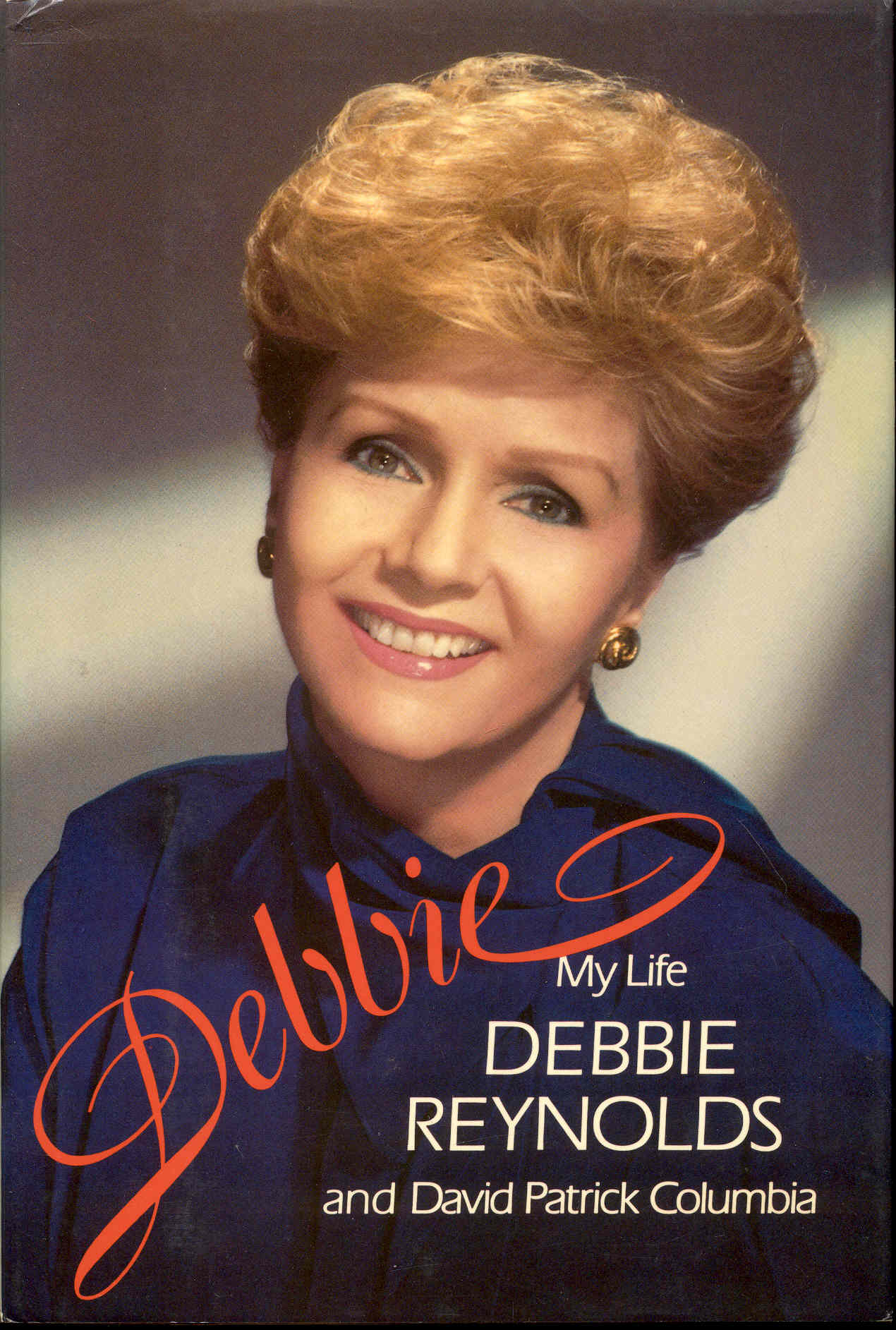 AR4 - A first edition (stated with complete numberline) hardcover book SIGNED and dated by Debbie Reynolds with "Enjoy My Book! Fondly" written on the half-title page in very good condition in very good dust jacket that is mylar protected. Dust jacket has some wrinkling and chipping on the edges and corners, dust jacket and book have some bumped corners, light tanning and shelf wear. 9.5x6.5", 446 pages. Satisfaction Guaranteed. Mary Frances Reynolds, known professionally as Debbie Reynolds, was an American actress, singer, and businesswoman. Her career spanned almost 70 years. She was nominated for the Golden Globe Award for Most Promising Newcomer for her portrayal of Helen Kane in the 1950 film Three Little Words, and her breakout role was her first leading role, as Kathy Selden in Singin' in the Rain (1952). Her other successes include The Affairs of Dobie Gillis (1953), Susan Slept Here (1954), Bundle of Joy (1956 Golden Globe nomination), The Catered Affair (1956 National Board of Review Best Supporting Actress Winner), and Tammy and the Bachelor (1957), in which her performance of the song "Tammy" reached number one on the Billboard music charts. In 1959, she released her first pop music album, titled Debbie. She starred in Singin' in the Rain (1952), How the West Was Won (1962), and The Unsinkable Molly Brown (1964), a biographical film about the famously boisterous Molly Brown. Her performance as Brown earned her a nomination for the Academy Award for Best Actress. Her other films include The Singing Nun (1966), Divorce American Style (1967), What's the Matter with Helen? (1971), Charlotte's Web (1973), Mother (1996) (Golden Globe nomination), and In & Out (1997). Reynolds was also a cabaret performer. In 1979, she founded the Debbie Reynolds Dance Studio in North Hollywood, which still operates today. In 1969, she starred on television in The Debbie Reynolds Show, for which she received a Golden Globe nomination. In 1973, Reynolds starred in a Broadway revival of the musical Irene and was nominated for the Tony Award for Best Lead Actress in a Musical. She was also nominated for a Daytime Emmy Award for her performance in A Gift of Love (1999) and an Emmy Award for playing Grace's mother Bobbi on Will & Grace. At the turn of the millennium, Reynolds reached a new, younger generation with her role as Aggie Cromwell in Disney's Halloweentown series. In 1988, she released her autobiography, titled Debbie: My Life. In 2013, she released a second autobiography, Unsinkable: A Memoir. Reynolds also had several business ventures, including ownership of a dance studio and a Las Vegas hotel and casino, and she was an avid collector of film memorabilia, beginning with items purchased at the landmark 1970 MGM auction. She served as president of The Thalians, an organization dedicated to mental-health causes. Reynolds continued to perform successfully on stage, television, and film into her 80s. In January 2015, Reynolds received the Screen Actors Guild Life Achievement Award.[1] In 2016, she received the Jean Hersholt Humanitarian Award. In the same year, a documentary about her life was released titled Bright Lights: Starring Carrie Fisher and Debbie Reynolds, which turned out to be her final film appearance; the film premiered on HBO on January 7, 2017. Reynolds died following a stroke on December 28, 2016, one day after the death of her daughter, fellow actress Carrie Fisher.